Thomas Claxton and the Myth to Open for Quiet Riot

Thomas Claxton and The Myth will be opening for hard rockers, Quiet Riot,  Friday, Oct. 6th at the 2018 Tybee Island Pirate Fest! This will be a night of 100% badass rock and roll! Start spreading the word now and making your plans! 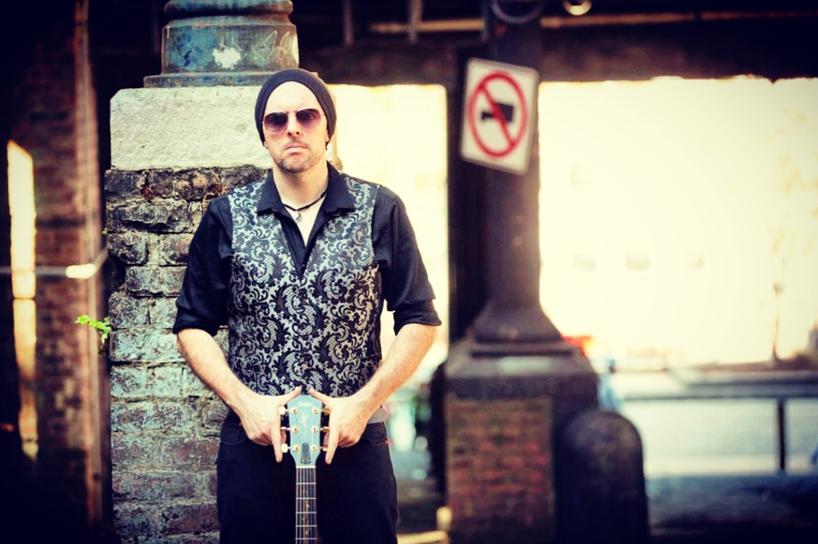 Thomas Claxton, an up and coming vocalist / songwriter in the national music scene, is returning to the tradition of rock and roll by doing things his style and going against the norm — as is evidenced by his tight and crowd-pleasing band, “Thomas Claxton and The Myth”, and by the polished and carefully arranged original acoustic rock, which makes up his upcoming, THIRD independently released album, “Age Of Propaganda”.

The young vocalist makes no bones about his aspiration to become a nationally recognized artist. One who is known not only for composing other performers’ hits, but also for masterfully interpreting his own work as well, both on stage and in the recording studio.

The native of Fort Walton Beach, Fl., who cites The Beatles, (particularly John Lennon), ’70s sensations Rush, ELO, Boston, Queen and soft-rockers Bread as some of his musical heroes, has been performing professionally for years, cutting his teeth in all areas around the country.

For Thomas, music is a serious, full-time career, and he routinely plays more than 300 shows per year (!) throughout the continental United States — from small, intimate venues such as clubs and listening rooms to larger music venues including theatres and arenas. He spent time in music scenes of Nashville, New York City, Los Angeles and MANY more, and has been subsequently chosen to be a featured vocalist for nationally recognized tours / events.

His impressive adventures have found him sharing the stage with an All-Star list of performers including Three Dog Night frontman Chuck Negron, Grammy Award-winning bassist and founder of Huey Lewis and The News Mario Cipollina, Rock and Roll Hall of Famer Michael Hampton, as well as members of Quiet Riot, Iron Maiden, the “Aussie Pink Floyd Show,” and the smash Queen stage musical We Will Rock You.

Night after night, Thomas’ time-honed vocal chops and focused, theatrical delivery demonstrated he had what it took to stand alongside a bona fide chart-topping singer such as Negron in 10,000-seat venues. It’s that level of commitment and intensity which he continues to deliver night after night in his own solo acoustic shows and electric band gigs — whether the room holds 50 people, 500, or 5,000.

In addition to Thomas’ own original material, which is often likened to ’90s hard rock sensations Stone Temple Pilots (not surprisingly, a favorite of his), he’s amassed a staggeringly large repertoire of popular songs by established artists from the relaxed melodic ’70s pop of America and Led Zeppelin’s pounding, trance-like dirge “Kashmir,” to modern rockers such as Chris Cornell and MUSE and most everything in between.

“I know over 1,800 great rock songs,” explains Thomas. And he’s not kidding. However, he says he’s not too worried about his familiarity with such a panorama of rock music preventing himself from writing new songs that are distinctly his own. “Music is a feeling,” he reflects. “It’s a gift that’s uniquely developed throughout each artist’s entire life. Your music represents your journey. It’s nearly impossible not to write a song with a G, C and D chord progression — like thousands of others before you. But your interpretation of that formula can sound completely different. I’d like to think that a bit of every influence I’ve ever absorbed comes through in my own music.”

It’s not too hard to spot many of those influences when listening to his own works on his last album “Return To Nowhere” or the upcoming 2018 release, “Age Of Propaganda”. The tunes are as slick and radio-friendly as any independently-produced modern rock you’ll come across, and individual tracks will likely remind listeners of the kind of contemplative and confessional ballads of Alice In Chains and the driving, melodic grooves of Foo Fighters or Tom Petty.

“I wanted to prove to people that you can still write quality lyrics and music and be commercially appealing at the same time,” explains Thomas. “I also wanted to be sure my album fit into the modern acoustic rock genre. All my own, unique, but still with a recognizable feel.”

Played solo with just an amplified acoustic guitar (just because Claxton’s using an acoustic instrument does not automatically mean he’s quiet!) these songs have the power to hold any audience’s attention. Performed with the full backing of his talented and versatile band The Myth, they have the power to captivate even the largest of crowds. Now, with a briskly-selling, professional sounding and slickly packaged CD under his belt, Thomas Claxton sees 2018 as the launching of the latest phase of his career — one in which he’ll finally start to hit the road more frequently, promoting his own original songs alongside the group’s huge arsenal of well-known cover material.

In the end, Thomas Claxton cannot envision another path for himself than to travel and perform his songs for anyone who will stop and listen. As such, he is the epitome of a dedicated, career musician. The embodiment of Rock and Roll.

“I’ve been drawn to this since I sang in church at the age of five,” he explains. “I know I’m where I need to be. I’m a professional vocalist and songwriter and want to be noticed for what I’m most passionate about. I want to have a positive impact on people’s lives and I feel that I can do that best through music.”